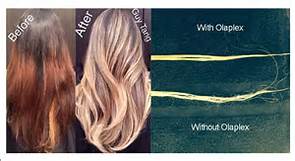 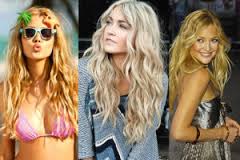 Now We Can Say “Yes” To Body Waves

Permanent beach waves are THE trend for spring/summer! Thanks to the wonderful new “hair insurance” called Olaplex, even pre-lightened hair can get a beach wave.

Anyone who has curling wands, salt water sprays, and/or texture creating flat irons within their regular hair regimen knows it takes a lot of work to look that effortless. To have beach waves permanently sounds like a dream for people with straight hair….well it isn’t just a dream anymore. 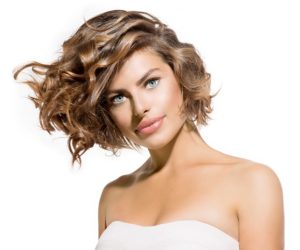 The thought of 24/7 beachy waves sounds appealing… but what about the damage caused to the hair through the process? Pre-lightened and some color treated hair can have extreme damage when trying to alter the natural texture with permanent waves.

Any hair designer will tell you it can be risky to perm previously lightened or (some) color treated hair because the possibility of damage is far too high. This has been the case, until now, until Olaplex. With this new chemistry not only comes the ability to push the hair further than ever before but the ability to make history in successfully perming pre-lightened and color treated hair. The end result? Healthy, shiny, gorgeously textured hair– without compromising the integrity.

Olaplex is a bond multiplier/regenerator that protects the hair AND rebuilds hair bonds during a chemical process. It’s added into the actual chemical, or applied just before chemicals, and prevents the damage all while, for lack of a better word, cauterizes the frayed cuticle and split ends leaving them almost like new. 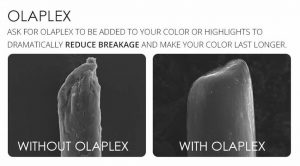 Olaplex is a bond multiplier containing a single active ingredient, Bis-Aminopropyl Diglycol Dimaleate. Olaplex works by finding single sulfur hydrogen bonds and cross-linking them back together to form disulfide bonds before, during and after services. Disulfide bonds are broken via chemical, thermal, and mechanical processes.

The main ingredient found in Olaplex #1, which is the additive and/or professional use product, was discovered by a chemist almost by accident. After realizing what it did for hair it went gangbusters. Later #2 and #3 were added.  #2 is also used in the salon for a post chemical treatment while #3 is used at home for treatments between chemical services. #2 and #3 contain a lesser amount of #1 and include a number of other ingredients, some very similar to SoZo’s MIRACLE.

Though permanent wave solutions had come a long way years ago, many recent styles didn’t call for waves. Hair that was color treated but healthy could handle permanent wave solution in the proper strength, it’s just that now, with Olaplex even somewhat fragile hair can handle more, including a perm. Since the trends always change and old is always new again, finally waves are back! We all deserve “our time” and now….it’s time for the wavy. For those who aren’t wavy, let your hair designer and Olaplex help. Perms for body use the same ingredients as perms for curl, the difference is the size of curler or tool used. Since body uses larger tools, it doesn’t take as long to wrap so the modern body wave is way less tedious and way less time consuming. On a side note, perms are way less damaging than the MAJOR effects that daily flat ironing has caused for some over recent years. Feel the freedom those with waves, it’s time to give your hair a break, enjoy! 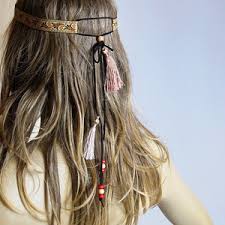 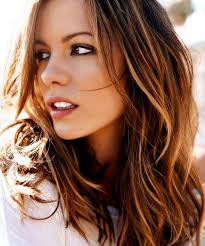 I personally have always been in favor of perms/body waves for support of styles that needed some extra hold as long as the hair could handle the treatment.  Of course, shorter hair is always stronger because it hasn’t been around as long, around all the elements that stress hair including chemicals but also the wear and tear of heat, the sun, chlorine, the list goes on. Now with such advancements in products even long hair can handle much more of the above-listed hair stressors. Don’t let your hair be so stressed, let a professional guide you and take advantage of the new technologies that really do “amaze.”

Back to the ‘do– we’ve come a long way since the sky high, tightly curled 1980s perm. Grease: Live! actress, #901Girl, and Dancing With The Stars champion,  Julianne Hough, nearly broke the internet proving just that after revealing her stunningly beachy Olaplex Permanent wave. The new trend shows no signs of stopping!

SoZo Salon Tips is a blog about beauty salon tips, tricks, and hints.  SoZo HAIR by Bajon Salon & Spa serves the greater Cincinnati area. We are located in Olde West Chester at the corner of Cincinnati-Dayton and West Chester Rds. We’re just a short drive from Mason Oh and Fairfield Oh….a big city hair salon without the big drive and big traffic.

Karen Welch has 32 years of experience in the Hair Fashion Industry and is considered an expert in hair design, hair color and beauty makeovers. Karen says she learns more every day, and that if we stop learning we must be dead, or at least “dead in the water.”