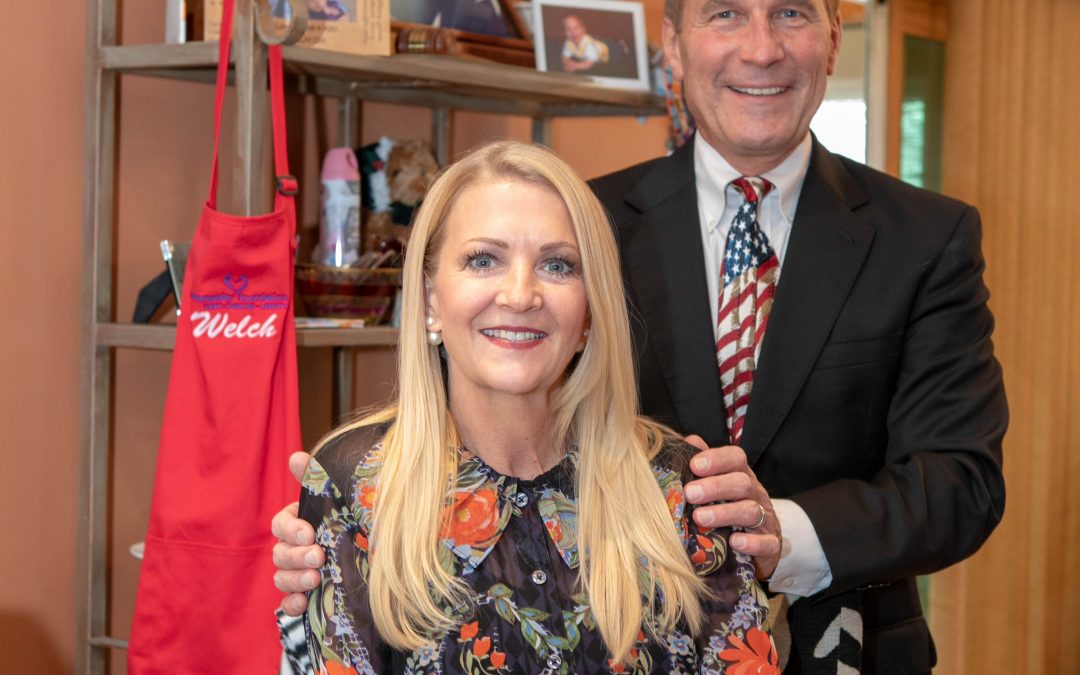 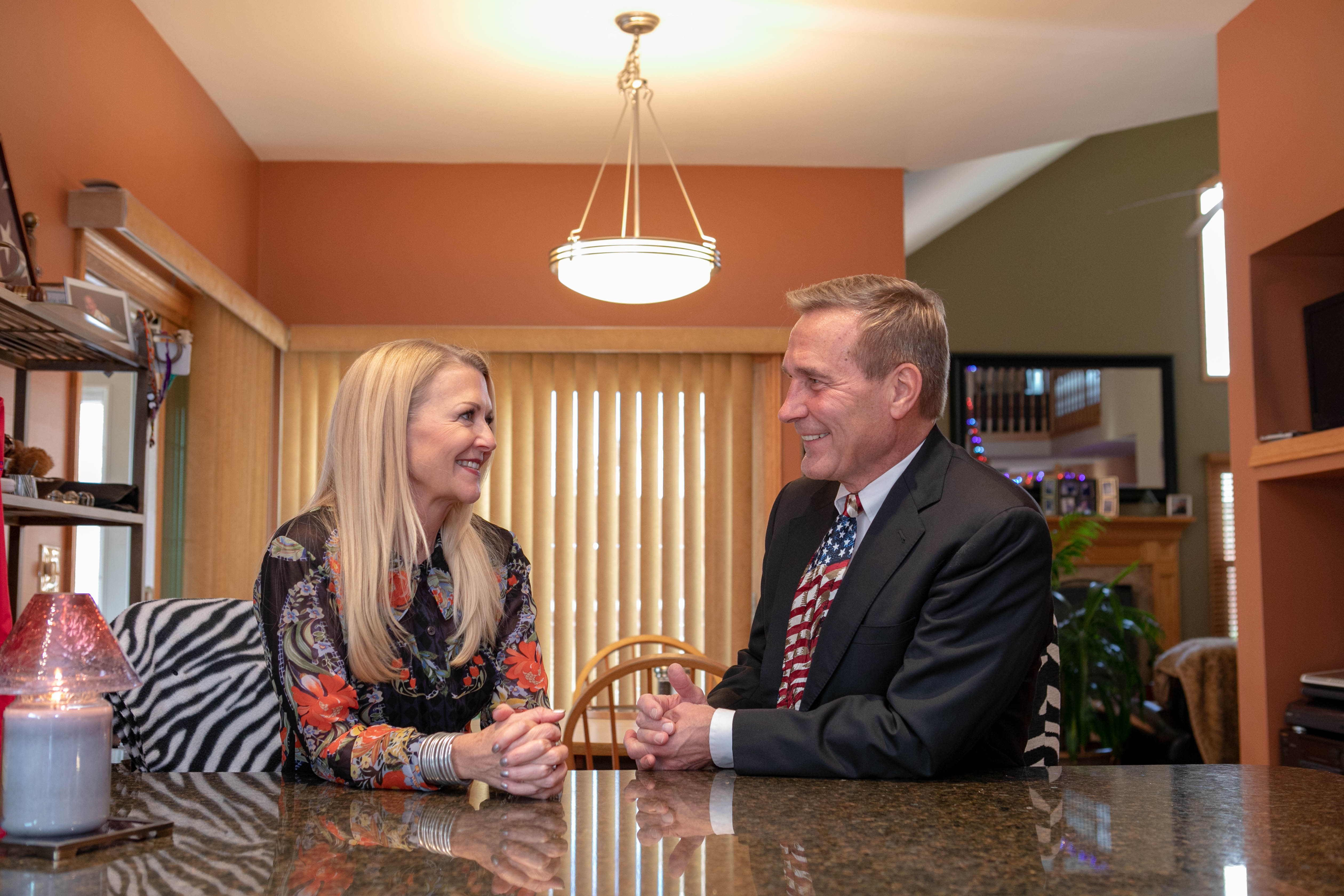 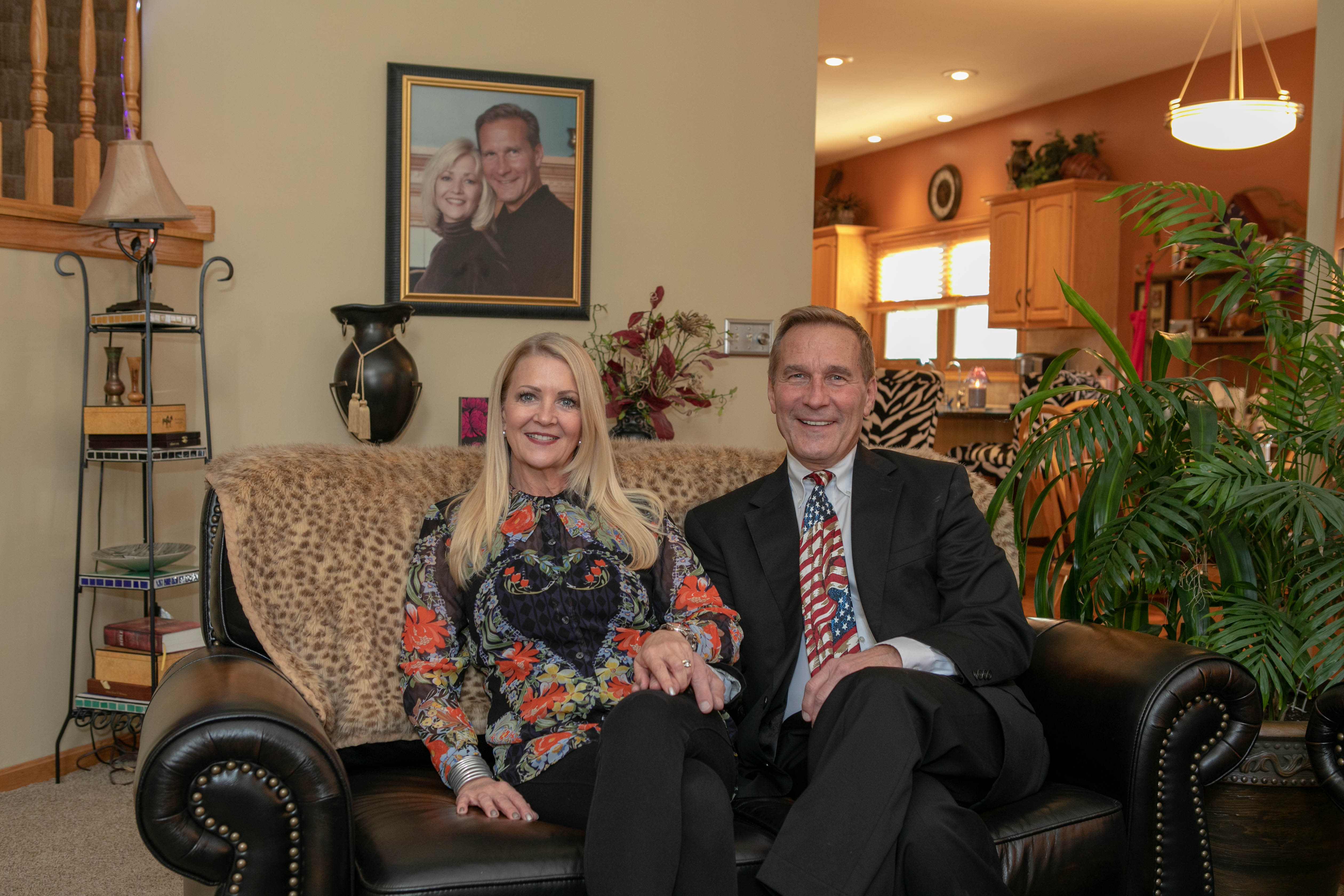 Mark and Karen Welch have built their lives, business and passions together in the heart of West Chester, celebrating a fulfilling 20 years into their Journey on New Year’s Day. Beckett Ridge Neighbors had the pleasure to meet this down to earth, innovative couple and learn more about the past and present behind their passions. purpose and products!

Mark Welch knew from a very early age (three to be exact!) what he aspired to be and would pursue as a career in life. Along with his brothers and sister, his father planted a vision of the world of engineering into their imagination and minds. As a very focused and also talented student athlete, Mark excelled as the captain of his Northwest High School wrestling team. With ambitions to pay for college on this own and following the footsteps of his father and older brother, after receiving several scholarship offers he chose to serve and train in the U.S. Naval Academy. After two years, Mark transferred to the University of Cincinnati to receive his degree in – you guessed it! – Engineering, as would his brothers. He would go on to have a career in Corporate America for 23 years, have two children, land in the booming beauty industry as a Chemical Engineer and build a beautiful home in Beckett Ridge in 1990.

As fate would have it, Karen grew up and attended high school in close proximity to Mark in neighboring Colerain Township where she was a member of the Orchard Hills Swim Club – the same one Mark worked at as a lifeguard at the same time! They had no idea but would later find that they shared many similarities in their paths throughout the years. Karen, who always had a passion and talent for styling and cosmetics. would pursue educational and sales training in the beauty Industry as a cosmetologist for 15 years including partnering with Wella Professionals Products Company.

Mark and Karen’s similar interests and surroundings would eventually lead them to cross paths in August of 1996 when both sought out the enrichment and fun of learning music through voice lessons, yet another shared interest! After Karen switched her lesson day, unknowingly, to the same day as Mark’s, they’d notice each other for the first time. Well, at least Mark noticed Karen! He first decided on the subtle approach of inquiring about Karen through their shared music teacher but quickly realized he had to take matters into his own hands, as the teacher was already planning on another match for Karen! So, he asked her out. After a Garth Brooks concert, a trip to St. Thomas and two years of dating, Mark quietly slipped a diamond engagement ring on Karen’s finger at a friend’s wedding and the rest is history.

After getting married in 1999. Mark had a desire for the couple to start a business together and naturally Karen suggested a salon and spa which they opened one year later in West Chester Township. Bajon Salon (pronounced bay-zhawn) whose name derived from a funny family story involving Karen’s nephew’s first words, has been operating since 2000. As co-owners, Mark works as the Director of Operations managing marketing, IT and maintenance and creates some of the salon’s signature product line, SoZo Heavenly air Care, while Karen manages fifteen beauty specialists who specialize in hair styling, skin care, nail care and design and body massage as well works as a Senior-Hair Artist. Mark created the salon’s signature ‘MIRACLE Leave-In Conditioning Treatment’ using his own formula and manufactures it in his kitchen at their home here in Beckett Ridge! The product name “SoZo”, whose name means to save, heal, protect and make whole is also the foundation of the Welch’s faith. In 2014, Bajon Salon moved into a new and improved, charming 185-year-old building and changed its name to SoZo HAIR by Bajon Salon & Spa to align with it’s purpose and new product line. They are also in the process of marketing and styling wigs initially purposed for cancer patients and other causes of hair loss. Their updated name is now SoZo Hair, Spa & Wigs!

Along with running and working in their salon, the Welch’s are actively involved in activities and organizations within and outside of Beckett Ridge. With a lifelong interest in politics like his hero, John Glenn, Mark decided to run for West Chester Township Trustee in 2013 and has been committed to its conservation, residents, growth and economic well-being for the past 5 years. Karen, along with her sister and nephew, makes personal mission trips to Kenya, Africa, totaling five so far that have included adopting a village, building classrooms and donating supplies as well as the equivalent in monetary donations of SoZo’s bodywash sold to charities. Mark and Karen have also created a local non-profit named Kid Love Foundation to raise funds and create programs for drug­ free kids and children’s cancer research. SoZo salon has hosted fundraisers for the organization with both Mark and Karen shaving their head…twice!

The Welch’s, who wholeheartedly believe that people need purpose more than they need money, love living, working, bonding and eating in Beckett Ridge and the West Chester community. Karen loves to play tennis and Mark is a member of neighborhood cigar club. Both enjoy working out, the fantastic community, great access to highways, new amenities and believe West Chester is the best place to live in Ohio! The next time you’re in the area, drop by SoZo and say hello!